Why Technology Businesses are Drawn to Austin: What This Means for Homeowners in MorningStar and Other Upscale Communities 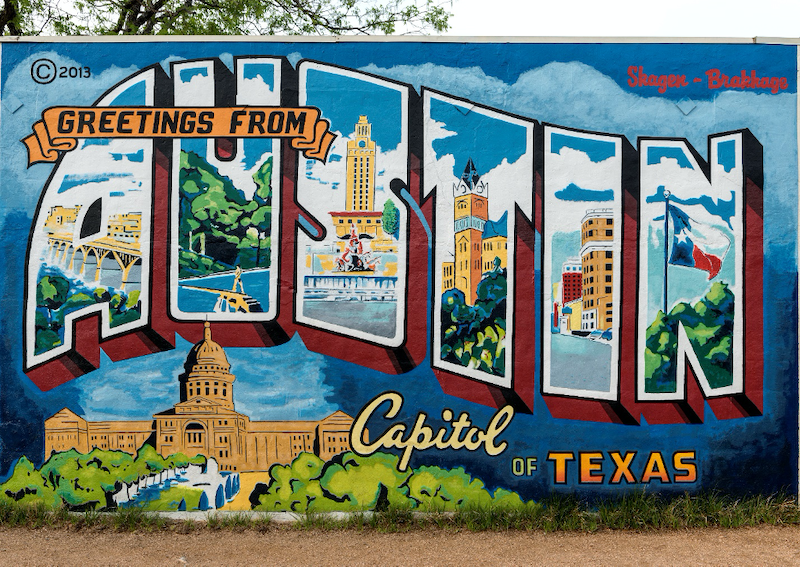 The magnet that is Austin, Texas has a very powerful attraction on high technology companies. This fact was proven again in late July 2020. Texas Governor, Greg Abbott announced that the “Tesla Gigafactory” would build its latest manufacturing facility, which will cost $1 billion and employ more than 5,000 workers, about 15-minutes east of downtown Austin.

Elon Musk, the founder and CEO of Tesla, promised to make the new factory “an ecological paradise.” In speaking with CNBC, he said, ““We’re going to make it a factory that is going to be stunning; it’s right on the Colorado River. So, we’re actually going to have to have a boardwalk over you, hiking, biking trail, and they will be open to the public as well.”

In Austin, Musk said, Tesla intends to build its Cybertruck, an electronic pickup, its Semi-truck, Model 3 and Model Y (an SUV) for the eastern half of North America.

“The opportunity to have manufacturing with thousands of middle-skill jobs, clean manufacturing that has a tech tie, so matches up to Austin,” Mayor Steve Adler said. “And it’s being located in a part of our town that historically has not had economic engines, so it hits on lots of cylinders for us.”

Tesla: The Latest in a Long List of Tech Companies Coming to Austin

More than 50-years ago, before Musk was born and Bill Gates and Steve Jobs were goofing around with computers that would fill an entire (large) room, the visionaries who led technology companies such as IBM, Texas Instruments and others discovered that Austin had highly intelligent population base, an entrepreneurial political environment and, oh yeah, the weather and the Mexican food were spectacular.

These early tech-pioneers tended to set up shop in the Northwest part of Travis County, along a road known at the time as “Research Boulevard.” That stretch of road is now known as US Highway 183. The engineers, project managers, salesforce and support employees wanted to live near their offices in Northwest Austin or Round Rock, Georgetown and other upscale suburban communities. As the old adage goes, “the more things change, the more they stay the same.”

According to an article in “Business Insider,” “Austin continues to be an attractive destination for tech employers as the metro area’s lower cost of living, large talent pool, and high quality of life draw workers into the region.”

It is no coincidence that: technology companies such as Apple, Dell, Amazon, Google, Microsoft, Oracle,Tesla and thousands of support engineers and marketing specialists continue to set up large offices in and around Austin. It is also clear why areas like The Domain, located about 10 miles from downtown Austin, in the middle of the three highways that technology workers use every day – US 183, Loop 360 and Loop 1 (Mopac) – is an uber-popular shopping, dining and technology center.

This technology epicenter, which is bustling with energy 24/7, is also just about 15-minutes from one of the coolest, most laid-back communities in the Texas Hill Country. This, of course, is the master-planned community of MorningStar.

A Perfect Combination of R&R

As far as convenience to the tens of thousands of technology jobs in the Austin area, MorningStar is one of the best locations to live. The commute to almost any office via US 183 is a breeze, and with more non-industrial workers opting to work from home, the quiet of these neighborhoods lend themselves perfectly to increased, safe productivity.

Even more important for technology workers who deal with stress and demands every day, the community of MorningStar is meticulously designed for peace and quiet. The amenities have been described as “resort like.” The schools are ranked as some of the best in Texas. Shopping and entertainment (e.g. the Domain) are minutes away and the charm of the small communities found in the glorious Texas Hill Country, ensure that there will ALWAYS be something fun to do on the weekend. Click here to let us show you. Welcome to Austin Tesla! You’re gonna dig the Austin vibe.