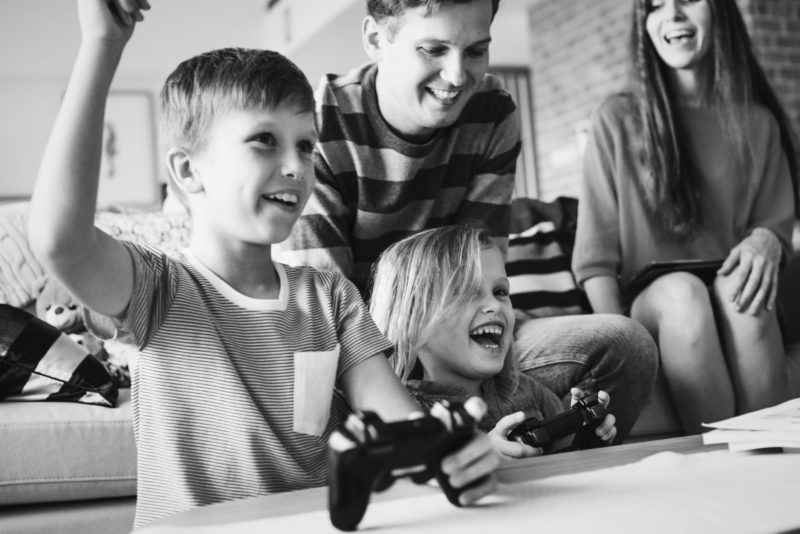 It’s almost the holiday season at MorningStar, a master-planned community located just north of Austin, and whatever you celebrate – Christmas, Hanukkah, Kwanzaa, or any other – gifts are usually involved! Since the weather is usually mild in the Texas Hill Country, the kids (of ALL ages) who live in this charming community can play with those new toys outside.

During the holiday season, it’s a good bet that the pristine trails in MorningStar will challenge some brand new bicycles, the sidewalks greet some new skateboards and some backyards welcome new grills. While all this activity is going on outdoors, inside the aliens and other bad guys will be blasted, digital puzzles will be solved and entire civilizations forged. Research suggests that the most popular gifts this holiday season will be video games.

Part of the Pandemic

Playing video games has been popular, particularly among boys and young men, for decades. However, the global pandemic pushed this activity into warp-speed.

According to a recent post in the Wall Street Journal, “An estimated 244 million people in the U.S. play video games, according to a May survey from NPD Group, which is up 15% from a 2018 study. Americans spend an average of 14 hours a week playing video games, the report said, compared with 12 hours weekly in 2018.

The phenomenon points to a shift in attitudes toward video gaming. Once stigmatized as an addictive pastime that catered to shut-ins, gaming has entered the social mainstream. Many parents who felt conflicted about video games before the pandemic are now grateful for an activity that, thanks to technological advances in recent years, allows children to easily connect online.

The Psychology of Video Games

The designers of these online fantasies are diabolically clever. As the article (above) points out,  videogames are habit-forming by design, with rewards for completing tasks, customization tools, and other hooks baked in.

“Many are updated with new maps and levels as often as weekly, and games on mobile devices commonly leverage push notifications—messages that pop up on phone and tablet home screens—to nudge players back. Notably, games enable people to socialize with far-flung friends and family, as they can play online together while messaging each other or chatting through headsets.”

While the popularity of video games varies according to age and gender, industry data suggests a couple of games whose sales have gone, well, KAPOW!

One of these games with huge sales is “Fall Guys: Ultimate Knockout.” This is an obstacle-course-style game with jellybean-like characters.  Dave Bailey, CEO of the game’s creator Mediatonic Ltd., said that the added eyeballs helped make the game a social-media darling, attracting celebrity players like “Formula One” race-car driver Lando Norris and brands such as KFC (Colonel Sanders behind wheel?) wanting to have their mascots added to it. In a matter of weeks, the game became the most downloaded ever on Sony’s PlayStation Plus game-subscription service.

Gaming companies have invested billions of dollars to make their products more accessible, from the ability to play in large groups online to creating visual experiences rivaling other media. Those changes also have enabled the medium to double as a venue for movie screenings, musical performances, and other “experiences.” For example, rapper Travis Scott held a concert in “Fortnite” that attracted more than 12 million fans, all of whom got to watch the performance as if they were standing just a few feet from the artist!

Any parent, grandparent, aunt, uncle or anyone else looking for the best video game for a holiday gift probably needs some help in making the decision. As noted above, age plays a role in the type of video game kids (of any age) love to play.

As a public service, here are some online links to help buyers find, or at least get close to, some great video game titles. While they do not represent an endorsement from this blog or the MorningStar community, they are a place to START.  Once the list is winnowed down a bit, a good strategy is to ask the FRIENDS of the lucky kid who is getting the game (s) what they think of your choices. If they say COOL! Proceed with more confidence. If they say LAME! Scratch it off your list.

Happy holidays from your friends at MorningStar! Come see us in 2021, while we know video games are here to stay, we still believe providing our residents with amenities to encourage activity and gaming outdoors is the way to go!